Drop us a Line

Got a question ?
Our team is here for you !
info@fieldturfaust.com.au

As reported in Burwood Scene

As part of the WestConnex M4 East tunnel project, the Briars Hockey Club and NSW Hockey have benefited from a $5million world-class facility at St Luke’s Park in Concord. 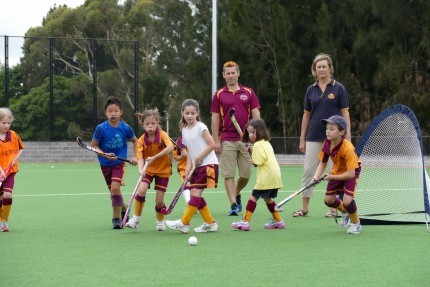 “The new field is international standard, aesthetically pleasing and couldn’t be in better position,” Ms Capes said at the official opening on Sunday, February 7.

“This is one thousand times better than what we had and the quality of what you would see in Holland or Germany. The previous facility was fifteen years old and out of date. We’ve been blessed to get this.”

Briars club founder and Patron John Price was one of the movers and shaker behind the scenes to deliver such an outstanding result.

“This field re-secures our future and will be a breeding ground for more Hockeyroos. That’s what we are here for.”

“It will improve hockey in the City of Canada Bay and will make Briars bigger and stronger,” he added.

Laid with synthetic turf by Australian company ‘Grassman’ at a cost of $350,000, the field also boasts sustainable LED lighting, which saves up to 60 per cent on power and sprinklers – which can be controlled by an app from anywhere in the world. 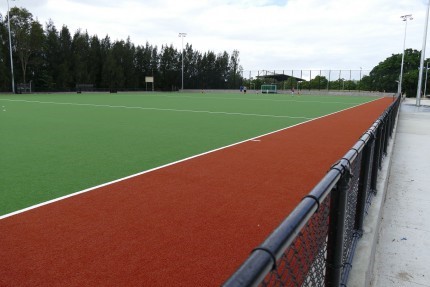 Grassman owner and former US NFL player Colin Scotts has installed many hockey fields but this is his best so far.

“This is the new generation of synthetic grass and the only turf in the world with an authentic ball bounce close to real grass,” Mr Scotts said.

“Juniors being able to play on an international quality field is so nourishing for the their future. This field would have to be rated as the number one pitch in Sydney. It has low bounce, nice trees and great lights. The turf is amazing and we are looking to the future,” she said. 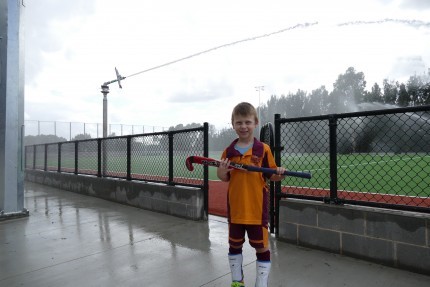 6-year-old Ashton Fordham is keen to get onto the pitch.

One of the club’s success stories is Kaitlin Nobbs, who was named Burwood Council’s 2016 Sportsperson of the Year and is the younger daughter of Lee Capes and Michael Nobbs.

After completing her HSC at PLC Sydney last year, Kaitlin has recently taken up a Hockey Australia scholarship in Perth to join the Hockeyroos squad and pursue a university degree in nursing.

The upgraded site was inspected by the Federal Member for Reid Craig Laundy and NSW Member for Drummoyne John Sidoti as the venue was handed over to Canada Bay Council and Briars Hockey Club.

Mr Laundy said the new field had been built to accommodate a midway tunnelling point for the M4 East at Cintra Park, as part of WestConnex, where the club was previously located. 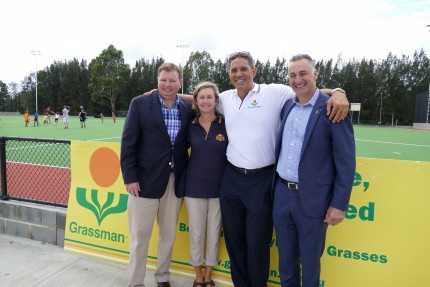 Work will now continue on completing phase two of the work, which involves realigning and relevelling the rugby playing fields. The hockey field handover now allows preliminary work to take place at Cintra Park ahead of major construction which, subject to planning approval, is due to get underway later this year on the M4 East twin three-lane tunnels, scheduled to open to traffic in 2019.

To find out more about Briars Hockey club and how to join see www.briarsatgreenlees.com.au/home2.html